Climate change poses a serious risk to the human survival disturbing the health, food, and an adequate standard of living of people across the world. Today, our oceans are under immense pressure dealing with 30% hike in acidity of the sea water caused by heavy emission of carbon dioxide and other greenhouse gases pumped into the air by human activity.

The increasing level of sea-animal death, weaker seashells, bleaching down of ancient coral formation, dying ecosystem, endangered and extinct species and food chain, low life expectance rate are all the effect of climate change over the oceans.

Climate change also has the effect of long term atrocities over the people; causing mass migration, economic disruption, infectious diseases, crop failure, skin cancer and malnutrition. These atrocities have not only overlooked basic fundamental right of humans, but have also questioned their basic immunities and existence. In the era when our earth faces such serious threat due to the unprecedented change in climate, Trump’s regime has yet another accretion to make.

The current announcement of America’s pulling out from the Paris accord on climate change, made by the President Donald Trump has reneged the past US commitments in protecting and maintaining the sustainability in the environment. The United Nations Climate Change Conference Paris 2015, popularly known as the Paris Conference  has added 190 countries in the league of protecting and reducing the greenhouse gas omission and restricting the rise in global average temperature to below 2°C (3.6 degree Fahrenheit) above pre-industrial level[1]. The Paris meet of 2015, had proved to be one of the major commitment towards deliberating climate change all over the world.

The US government decision to withdraw itself had caused a major throwback in this attempt when according to 2013 data, USA serves to be the world’s biggest polluter, contributing about 16.4 metric tons of Carbon di-oxide emissions per capita. The United States is not only the largest energy producer, but also the largest consumer in the world, accounting for about one fourth of the world’s annual energy usage.  Therefore, the sudden withdrawal from the Paris convention has created a suspect in the collective efforts brought by other 190 nations working in lieu of the Paris Convention. What is much worse is the absurd reason put forth by the Trump ministry.

The reason deliberated cites that if America stays a part of the Paris convention and deals to cut down its carbon emission over years, it would kill jobs, lower wages and would restrict the US economy and production.

The Paris Convention of 2015 was considered to be the first efficient step in slowing climate change. Countries from all over the world pledged to curb carbon emission and to meet regularly to discuss and review those pledges in order to withhold the catastrophic warning. The Paris convention aims to limit the global average temperature to achieve a balance between anthropogenic emissions by sources and removals by sinks of greenhouse gases in the second half of this century or say to bring the net carbon emission to zero[2].

The proposed deal emphasizes countries to pursue domestic mitigations measures in order to achieve the objective. Alongside Paris Conventions also marks the opening of funding $100bn a year of public and private finance to help the developing countries by 2020. Undoubtedly, the proclaimed goals were not easy enough to obtain and by America, leaving this accord, the difficulties have risen altogether at a different level now. Though America cannot be legally bound or penalized for withdrawing itself from the global parlance, still being responsible for about 15 percent of the total global emission, makes it answerable to other countries working in lieu of the convention.

This decision by Trump has proven to be a major setback for international efforts to avert drastic global warming. It not only devalues Obama’s promise to aid $3 billion finance to poor countries of which 1$ billion have been already chipped to help them expand clean energy techniques and adapt to droughts, flood, and other global warming calamities, but also defies the fellow world leaders who have pleaded Trump to remain a party to the agreement.

Not only the Paris Convention, Trump also dismantled the US Clean Power Plan climate change regulation established to reduce emission from coal-fired power plants, and regarded the funding to the United Nations Green Climate Fund as ‘wasteful’. Trump strategy to increase jobs for workers, with the disregard towards the environment would indeed be a lasting damage to America. Undeniably, the threat posed by climate change is severe and long lasting, and needs immediate attention of the nations.

Climate change sees no border and is a global challenge. It is rightly confessed that emission anywhere affect people everywhere. It is an issue that requires global coordination at an international leave and requires cooperation between nations to ensure low-carbon economy. 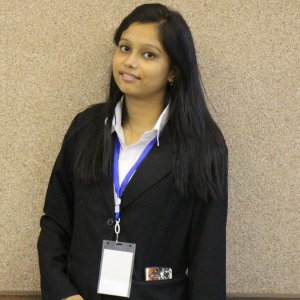 You can reach author at: anushtha100@gmail.com

Anushtha is currently pursuing law from UPES, Dehradun. She is also a content writer with TA.

Catch us on social media